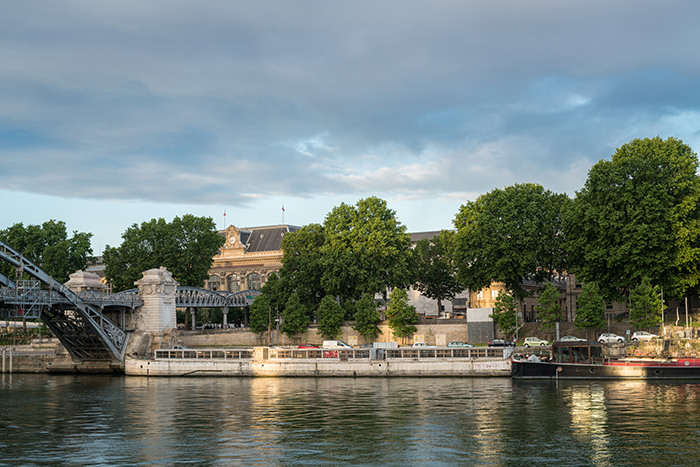 The modernist architect Le Corbusier took on the design of Asile Flottant (a floating shelter), a barge, completed in 1929, to house homeless refugees in Paris after World War I, and the Japanese architect Maekawa Kunio, who was studying at his atelier at the time, was placed in charge of the project.

Le Corbusier designed Asile Flottant at the request of the World Salvation Army in order to accommodate women refugees left in Paris after the turmoil of World War I. It had been floating on the left bank of the River Seine one kilometer upstream from Notre Dame Cathedral, but unfortunately it sank with the River Seine’s flooding in February 2018. A Franco-Japanese partnership undertook to save Le Corbusier’s barge, and Professor Shuhei Endo, the Vice President of the Architectural Design Association of Nippon (ADAN), assumed the post of project director for the refloating and restoration of the barge. Through this project, in October 2020 the refloating of Asile Flottant was realized. 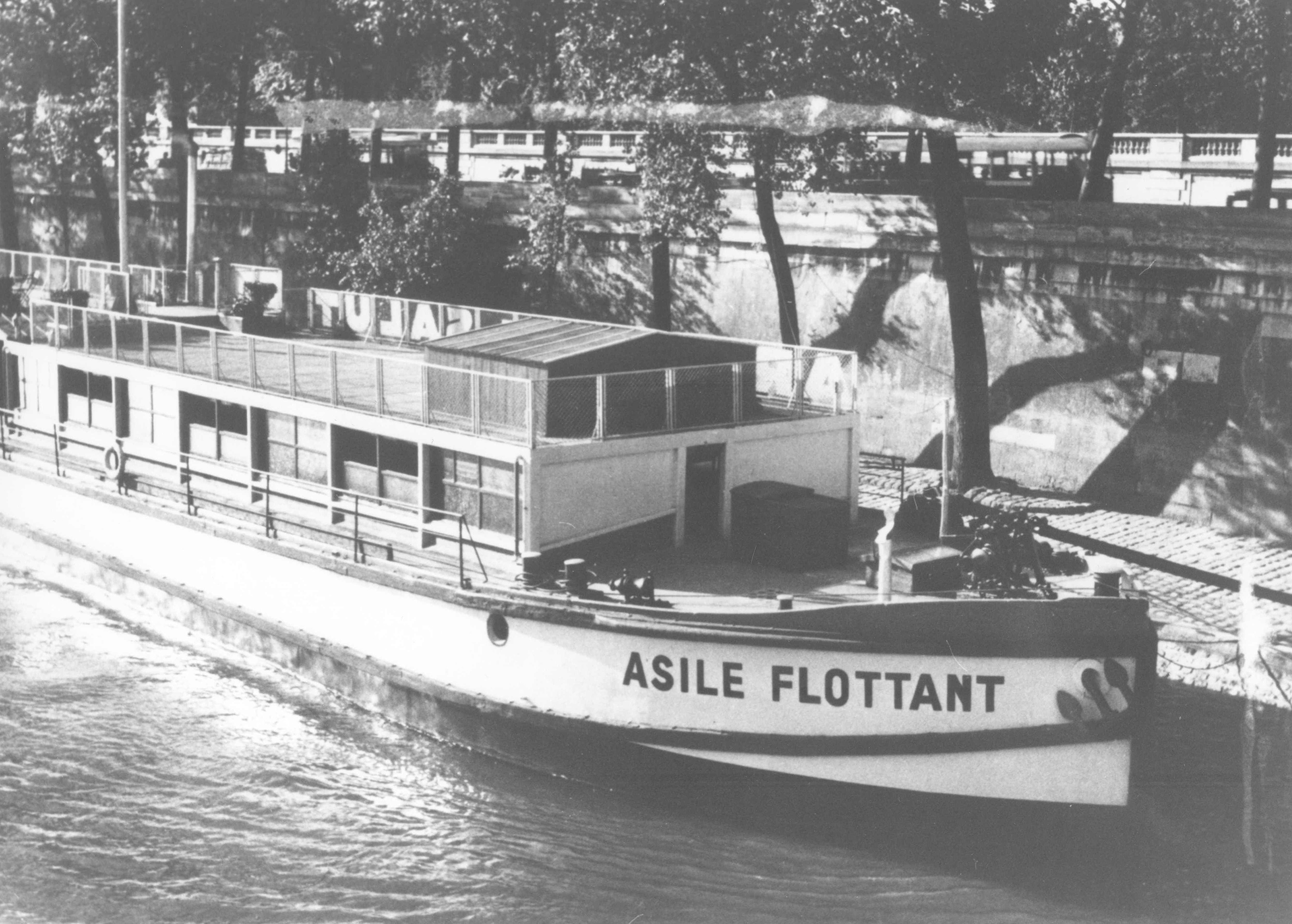 In the coming years, the body of the ship and the interior will be repaired and restored into a cultural facility to be opened in 2022.

Although it has endured for nearly a hundred years since its creation, the repair and maintenance of the barge will still require a large amount of funding.

The International House of Japan has a particular tie with this Asile Flottant since the House building was created under the collaboration of three modern Japanese architects, Sakakura Junzo, Yoshimura Junzo and Maekawa Kunio, the last of whom was, as mentioned above, in charge of the design of Asile Flottant under Le Corbusier.

Through this project, I-House would like to support the conservation and restoration of this precious global cultural asset left by this extraordinary architect and his disciple, as well as to deepen the cultural exchange between Japan and France. We also hope that through this project many more people would become interested in social issues still remaining in the current world, such as the plight of refugees.

Revered as the father of modern architecture, Le Corbusier inspired many architects in Japan. The addition of 17 of his works to the World Heritage list in 2016 served as an opportunity to revisit his great contributions to modern architectural history. In order to carry on the historical importance of this ship into the future, we would appreciate your kind support and cooperation.