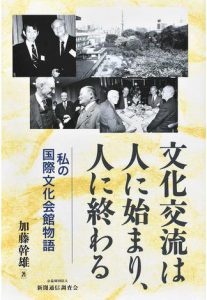 We would like to introduce the book “Bunka koryū wa hito ni hajimari hito ni owaru : watashi no Kokusai Bunka Kaikan monogatari” by Mr. Mikio Kato, who was former executive director and had been engaged the International House of Japan for a long time.
This book was introduced on the book review column of Yomiuri Shimbun. 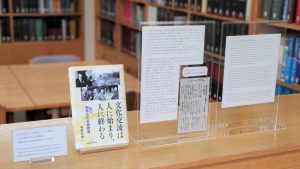