Interview: In Conversation with Mao Danqing “Seeing Japan Through the Eyes of an Insect”

Despite the frigid turn in recent Sino-Japanese relations, the monthly magazine Zhiri (Know Japan), introducing Japanese culture and lifestyle to a Chinese audience, has been enjoying brisk sales. Zhiri highlights a single theme in each issue—examples include uniforms, housing, Japanese Zen—as a vehicle to convey actual life in Japan. We spoke with the magazine’s chief writer, Mao Danqing, established author and professor at Kobe International University, about the potential for improvement in Sino-Japanese cultural exchange indicated by Zhiri’s success. 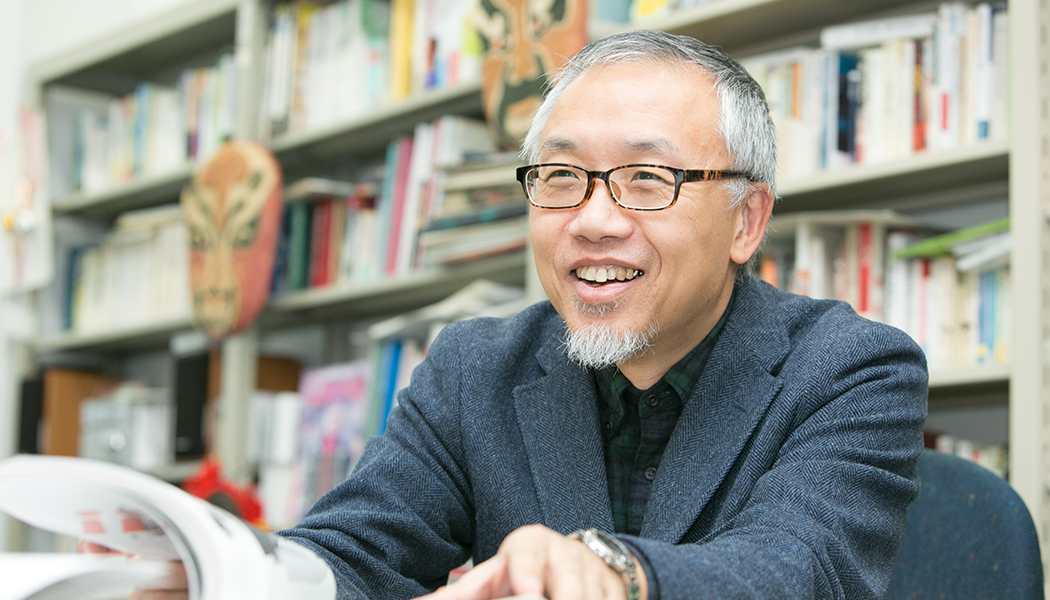 Mao Danqing Author; Professor, Kobe International University
Born in Beijing in 1962. After graduating from Peking University, he entered the Institute of Philosophy of the Chinese Academy of Social Sciences. At the age of twenty-five he traveled to Japan to study at Mie University and later on began a career as a writer. His personal account of life and travel in Japan, Nippon mushi no me kiko [A Bug’s-eye View of Japan] (Hozokan, 1998), won the Bleu Mer Literary Prize. He has been active in literary circles in both Japan and China.

The monthly Zhiri has been causing quite a stir in both China and Japan. Could you tell us something about how it came into being?

Zhiri literally means “to know Japan,” and from the beginning my idea was that the Chinese should have a better idea of who they are dealing with. China has traditionally seen itself as the center of civilization; this has both good and bad aspects. For one thing, it can lead to a certain arrogant shortsightedness and lack of interest in others, which is certainly not a positive stance. It was to counter this perspective that I wrote the essays in Nippon mushi no me kiko [A Bug’s-eye View of Japan] fifteen years ago. As the title suggests, it was a modest, casual, close-up look at everyday life in Japan. My encounter with a young man who read the Chinese edition of that book became the impetus behind the founding of Zhiri.

An editor himself, he was impressed by my essays and came to a lecture I gave in Beijing in 2008. He said to me, “China today is flooded with Japanese novels, fashion, music, and animation, but there isn’t much out there that introduces the totality of the culture. Would you help me to publish a magazine that would do that?” So this young man—Su Jing—is now our editor-in-chief.

The year you started Zhiri, 2011, was one of increasing tensions between Japan and China surrounding the collision of a Chinese fishing boat with Japan Coast Guard vessels near the disputed Senkaku Islands. Why did you decide to buck the trend and proceed with launching the magazine?

We thought the timing was crucial. I think if we had launched in 2008 when we first came up with the idea, it would have failed. Because at that point, it was all about the Beijing Olympics—no one had time for Japan. So Su Jing and I incubated the idea, waiting for just the right time. Then the fishing boat incident occurred in the autumn of 2010. There was an immediate wave of tension in Sino-Japanese relations, and big demonstrations all over China. The Japanese media was flooded with negative images of China. And we thought: this is our chance. Why? Because whenever there is praise, there is criticism. And conversely, whenever there is someone opposing something, there is always someone who will emerge to oppose that. Just like the mechanisms of the market. So we launched with great fanfare.

What sort of people are reading the magazine?

In broad terms, our target audience is young people aged 18 to 35. In this age bracket, people without family responsibilities predominate; they have plenty of time to read, and as a generation they are also avid consumers of Japanese culture. The thousand or so people that visited the Zhiri booth at the Shanghai Book Fair in August 2013 were all young people. Su Jing, who lives in Beijing, is squarely in the midst of our readers’ generation, and has an excellent grasp of the topics that interest them. My job is to link that up with information on the realities of Japanese culture and lifestyles.

I hear that your October 2013 issue featuring manga sold over half a million copies. Why do you suppose it did so well?

I think there are several reasons. One was that we very accurately analyzed the needs of our readers. We keep asking ourselves what sort of features on Japan will appeal to the Chinese audience.

Another factor is the richness of the content. With Zhiri we are working to make something that will give readers a comprehensive look at a specific subject. For example, with the manga issue, we provided a systematic introduction to the major Japanese publishers and manga artists, interviews with editors at the major publishing firms, and critiques and evaluations by prominent Chinese comic artists.

We even provided an index at the back so that readers could use this issue as a single-volume reference work on the world of Japanese manga. I think our strength is that we don’t approach our topics from a single, narrow perspective—we have the ability to collect and curate a lot of diverse information.

There are no advertisements in Zhiri. Why is that?

Plastering a magazine with ads dilutes its brand value. Moreover, in a magazine whose purpose is to introduce Japan, ads for Toyota and Sony are inappropriate. That is my firm conviction, and I think it is another major reason that sales of Zhiri have been so strong.

In other words, it is essential to clearly emphasize that this is a magazine about Japanese culture, but one that is being created by Chinese for other Chinese. This policy is not limited to ads. Our masthead list of staff and contributors is a list of Chinese names—you can tell at a glance that it is a magazine made by Chinese people. If it had been created by Japanese people, from a Japanese perspective, I do not think it would have won the acceptance that it has.

Certainly the approach in Zhiri is completely different from the type of cultural PR put out by the Japanese government. 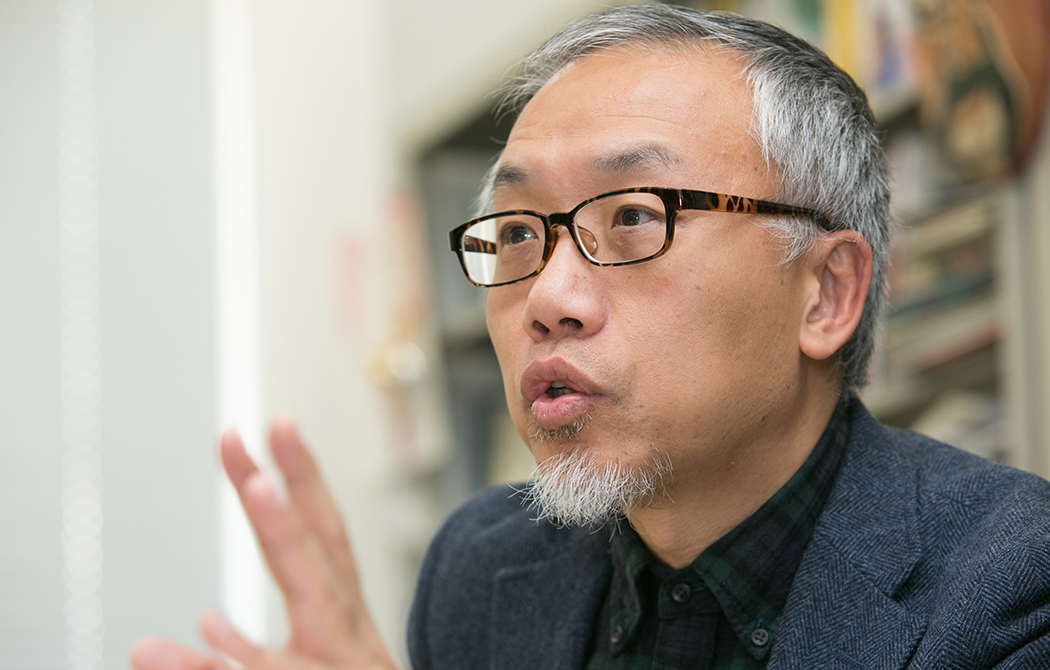 Government PR has an artificial, man-made quality, but what we are doing is natural and unscripted. Magazines grow in the sunlight of the market and are watered, so to speak, by their readership. Publishing is, after all, a business, so our challenge is how to tailor a variety of Japan-related topics to the needs of our Chinese readers—something that requires a perspective different from that of the Japanese themselves. In a sense, the emphasis is more on “consuming” Japanese culture than it is on “understanding” it.

So is the magazine completely defined by a Chinese way of looking at things? I would say no. Letting go of the macro perspective to pay attention to the smaller details of everyday life is not at all a typically or traditionally Chinese approach—but this focus and mode of expression is the unique characteristic of Zhiri. So in this sense, I think we are quite different, not only from the PR that the Japanese create about themselves, but from traditional Chinese approaches to Japanese culture.

You mean most Chinese people don’t see the world from what you call “the bug’s-eye view”?

No, I think they tend to prefer the “dragon’s-eye view.” Dragons are of course mythological creatures, but the idea is of a majestic creature lording it over and looking down from above on the things of this world. Before I came to Japan, I also based most of my knowledge on books and liked to discourse on grand themes like national policy and the state.

But in the midst of my everyday experience of Japan my eyes were opened to another possibility: that of examining things carefully from the humble perspective of the bug crawling along the earth. One of the reasons I was so strongly attracted by Japanese culture was the spirit of craftsmanship (shokunin katagi) you find here—a down-to-earth spirit of single-mindedly engaging in your work. This was a major influence on my “bug’s-eye view” concept, which in turn developed into the concept behind Zhiri. This deliberately “small” perspective on Japan may not take in the entire landscape. But I believe there is truth in it. The success of Zhiri proves that there are large numbers of young people in China sympathetic to this way of thinking of mine, and I think this is quite significant.

Do you think that the way young people in China think of Japan is in the process of changing?

Compared to the level of anti-Japanese sentiment, the trend toward wanting to understand Japan better is very limited. But what is important is that even in China, where anti-Japanese sentiment runs so strong, there are still people who want to learn more about Japan. Even a small force can, with persistent grass-roots effort, gain significant momentum. We’re not going to get there in a single leap, but I believe Zhiri can make a contribution to nurturing healthier ways of thinking.

I believe that knowledge of Japan will make Chinese youth wiser. As you can see from the logo on the cover of our magazine, the Chinese character 智 for “wisdom” is a compound of the characters for 知 zhi [“to know”] and 日 ri [“sun,” but also “Japan”]. This is the message we wanted to convey with this logo. It is very important for Chinese people, especially Chinese youth, to better know the way Japanese people think by learning more about how they live their daily lives. There are a variety of issues dividing Japan and China, but it is important to calm down and take a good look at each other’s culture.

To deepen relations between Japan and China will require effort from the Japanese side as well. What would you like to see Japanese young people doing in this regard?

I understand that some students at Kobe International University have learned from my example and are planning to start a magazine aimed at increasing Japanese knowledge of China. The fact that at a time when anti-Chinese sentiment is running at an all-time high there are still young people in Japan who want to make the effort to learn more about China is very gratifying and encouraging to me, since I have devoted myself to building a bridge between the two countries.

The rich cultural resources of Japan lie right next door to China. On the other hand, Chinese culture can certainly not be written off. China, too, has an outstanding cultural tradition. If young people in both Japan and China become consumers of each others’ cultures, using them to enrich their own lives, then ultimately wisdom will result. And it is my hope that this will happen sometime in the near future. 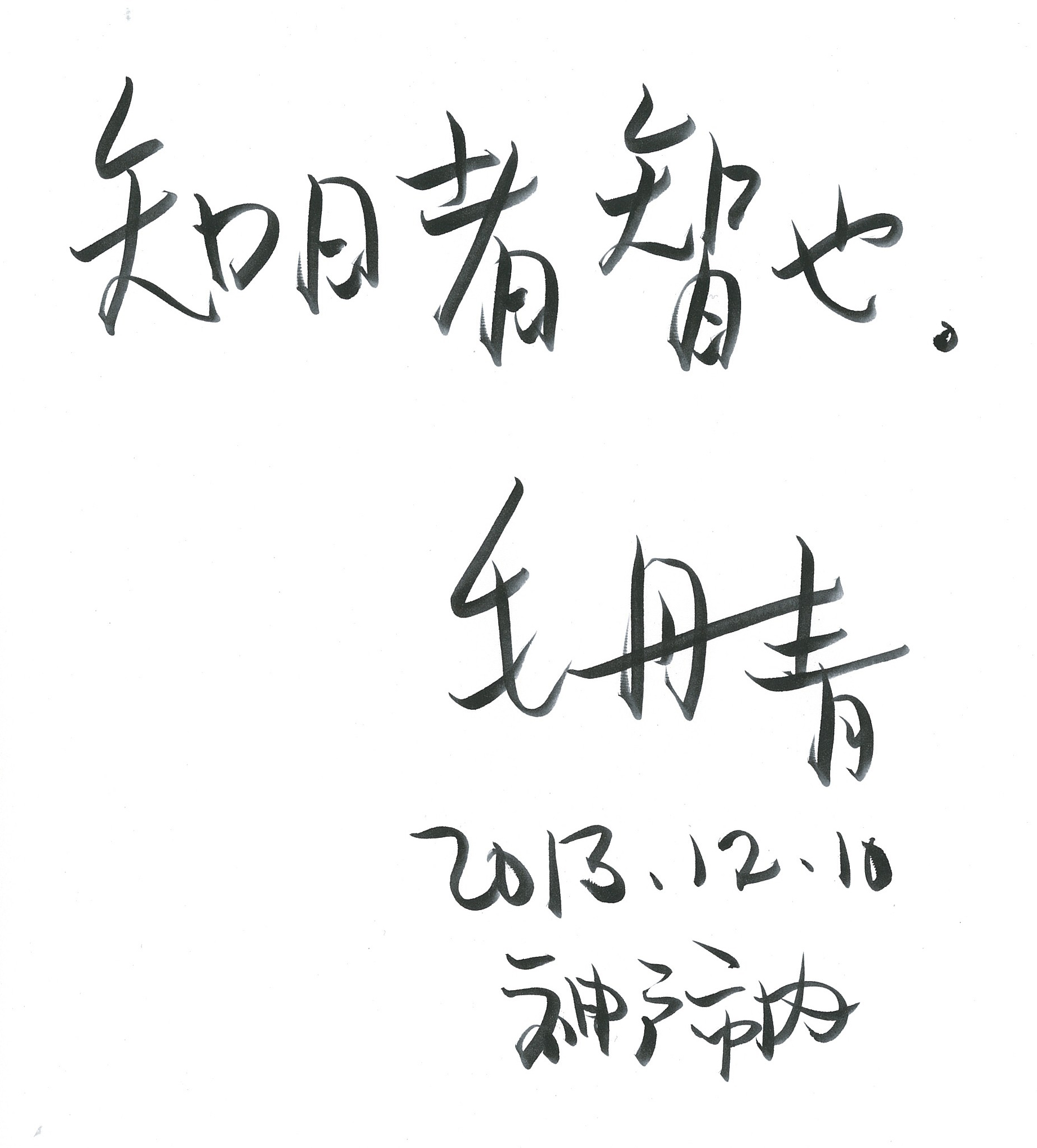 Mao further stated that Zhiri is expanding its scope of activities, with a Japan tour, webcast, and planned Japanese-language school.