In Conversation: Kawase Naomi and Matsuoka Seigow “From Nara to the World”

The Nara International Film Festival, introducing the beauty of Nara and Japan to the world through the medium of film since 2010, will be held this year from September 12 to 15. Ahead of its opening, we invited Kawase Naomi, who has set many of her films in Nara, and Matsuoka Seigow, who edited NARASIA Q, a journal of contemporary East Asian issues published from Nara, to discuss the universal appeal that has connected Nara with the world for more than a millennium. 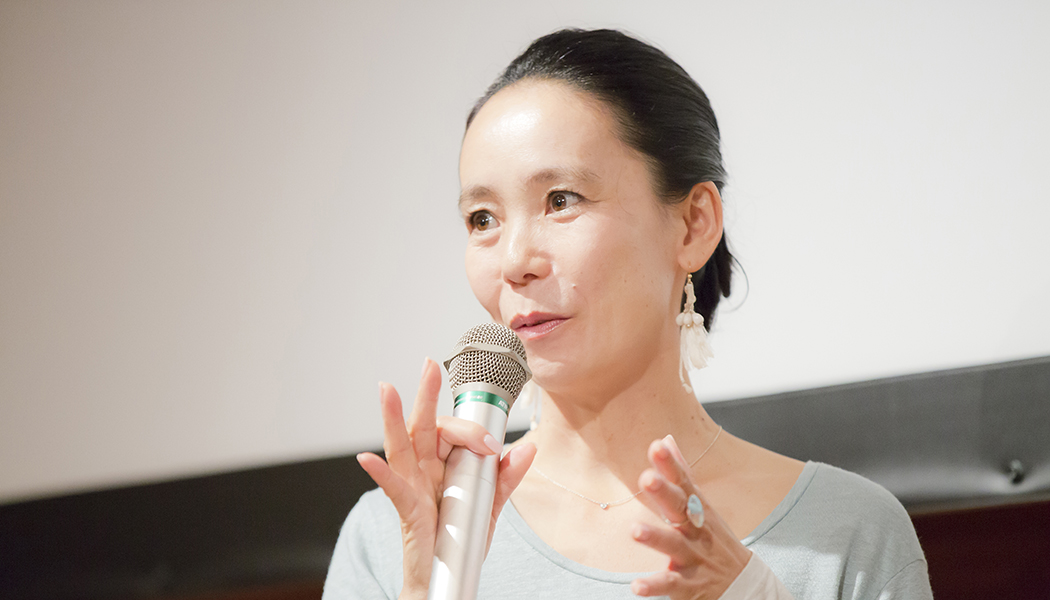 Kawase Naomi Film director; Executive Director, Nara International Film Festival
Born in 1969. Her film Moe no suzaku (Suzaku), set in Nara where she was born and raised, won the Camera d’Or for best first feature film at the 1997 Cannes Film Festival and brought her international attention. Her most recent film, Futatsume no mado (Still the Water) was entered into competition at the 2014 Cannes Film Festival and is currently a major hit in Japan. It is slated for global distribution, starting in October with 100 cinemas throughout France. 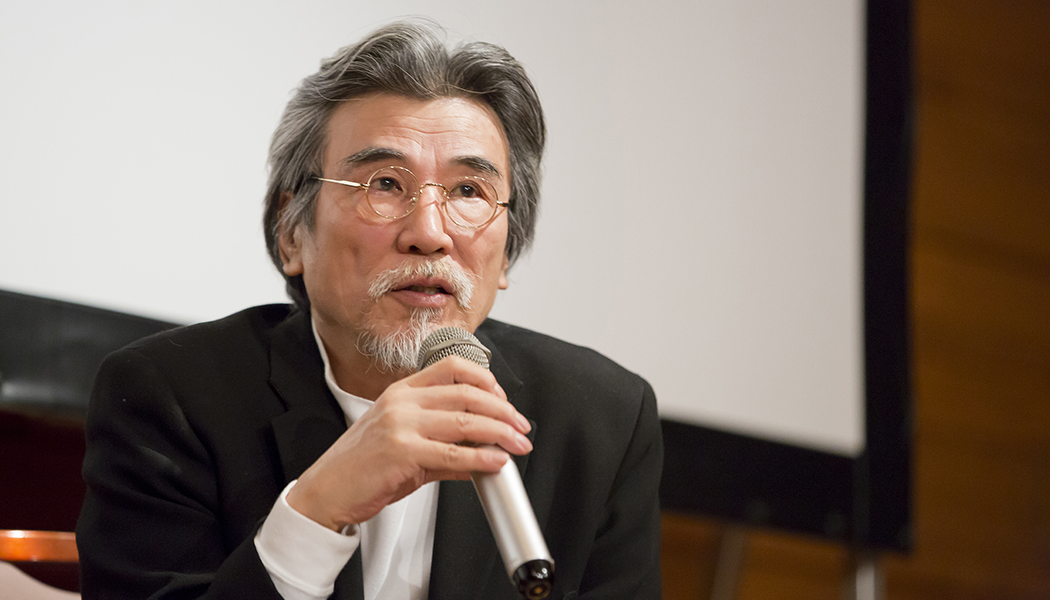 Matsuoka Seigow Editor; Director, Editorial Engineering Laboratory
Born in 1944 in Kyoto. Deeply informed from a historical perspective on the relationship between Nara and Asia, he has been involved in the 2010 project commemorating the 1300th anniversary of the relocation of the ancient imperial capital to Heijokyo (in present-day Nara) and in the general editorship of NARASIA Q.

The Living Spirit of the Man’yoshu

Matsuoka Seigow: The scale of the landscape in Nara really is lovely, isn’t it? When you see the sparrows flying in the sky over the famous three mountains of Yamato—Amanokaguyama, Unebiyama, and Miminashiyama—it’s exactly the landscape sung in the poems of the Man’yoshu; the landscape embodied in the language of classical Japanese poetry still exists today. In the aesthetics of Japanese gardens we speak of shakkei, or “borrowed scenery,” incorporating the surrounding landscape into the design of a garden; but this is actually not just a visual matter. You have to dig deeper. There is an aspect of “borrowed scenery” that involves the other senses, such as sound, as well.

Kawase: The cityscape filmed in Ozu Yasujiro’s Tokyo monogatari (Tokyo Story) is less than a century old, and yet has completely disappeared from contemporary Tokyo. There is value in change, and an attractiveness to it, but Nara does not change. And I think that’s wonderful. But precisely because this is such an ancient place, if you want to try to do something new here, there are significant hurdles to clear. When I first began making films in Nara, I didn’t meet with opposition so much as disbelief—“Go ahead and try if you like, but there’s no way it will work out,” I was told.

Matsuoka: Compared to other cities of the Kansai region such as Kyoto and Osaka, Nara is much less stimulating visually, so you have to tease out its beauty from the depth of accumulated time. In other words, without a bit of knowledge and attentiveness, Nara can seem boring. And business can not make any money off of a millennium of history. No wonder there’s such a divergence in perception between the two. Trying to raise money, make your films, express your feelings for this place where you grew up—it must have been quite a lonely struggle!

Kawase: I played basketball in high school, so I’m pretty tough. My coach used to yell at me a lot, telling me I had to hold on to any ball I touched. But when I put myself into it, I found I could do it. Meeting people is a bit like that. If you simply put yourself into it, you can find ground for building a relationship with them. 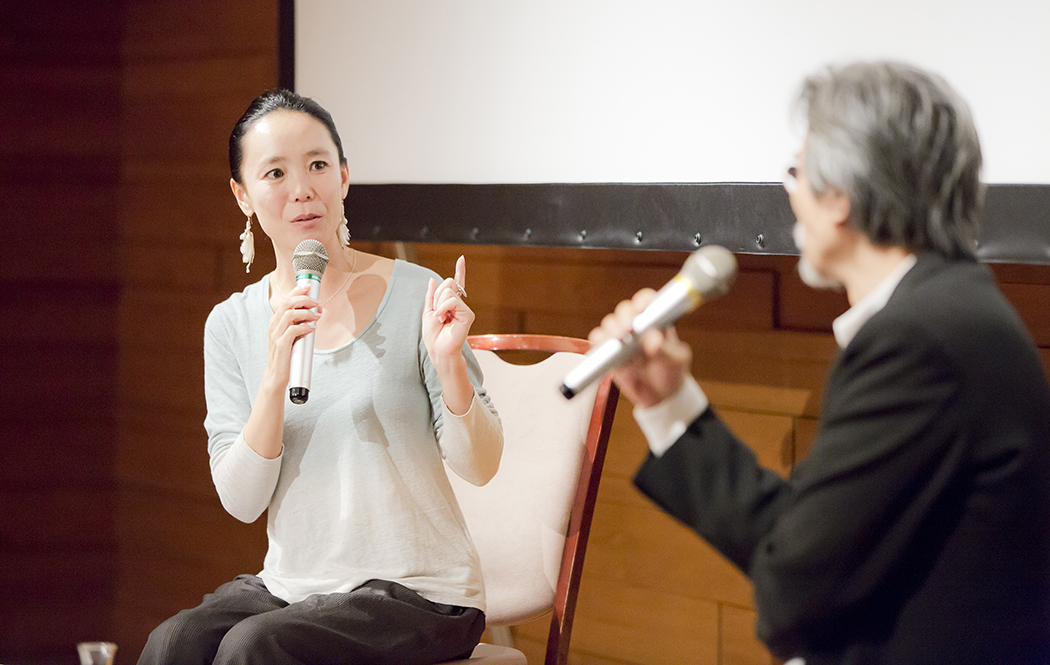 Kawase: During the period when I was struggling on my own, I watched the moon rise over the Ukimido pavilion in Nara Park and somehow felt a supportive presence—that of the people of ancient times who were trying to build a new country here. I’m not saying I am anything special, but the impulse to try something new, to begin something, is the same. Even Emperor Shomu couldn’t have done what he did solely with his own power. That’s human destiny—but as the result of the thought and will of such a person, something as wonderful as the Great Buddha of Nara came into being. This is what is so amazing about human beings. You know, a few days ago someone said to me, “The construction of the Great Buddha was crowdfunding, a millennium ago,” and I thought that was exactly right.

Matsuoka: Yes, what used to be called kanjin, or temple subscriptions. When the Great Buddha was constructed, Buddhist lay fellowships called chishikiyui also played a part. Buddhist clergy would travel around the country preaching and collecting donations for such large projects—a method that has something in common with today’s crowd-funding.

When we hear the epithet from classical poetry, mahoroba no kuni—“that splendid land”—we tend to have a feeling of the gentle flow of time, but in fact Nara-period Japan was moving forward at a pretty radical pace. Even the construction of the Great Buddha was completed in only seven years or so. In seven years time the country was transformed and the capital moved repeatedly, from Asuka to Kiyomigahara, Heijokyo, Nagaokakyo, Heiankyo… By comparison, it seems to take 20 years to get anything done these days—it’s ridiculous.

They also were not at all afraid of seeking out new talent. Roben was an eccentric priest from a completely obscure temple, Konshuji—but he was named the first abbot of Todaiji, the greatest temple in the land. Gyoki, the figure really responsible for the construction of the Great Buddha, was the leader of what would probably correspond today to a small, local, nonprofit organization.

Kawase: The Nara International Film Festival we’ve started up in my hometown is now entering its third year. The other day at a staff meeting we had everybody write their ideas on a whiteboard and came up with “Millennial Archive” as our theme for this year. The image is of the Shosoin, the repository of treasures from the Nara period—its huge doors and the key that opens them. To this day, there is an annual ceremony at which people gather to see the doors of the Shosoin opened to air the treasures within, brought to Japan more than a thousand years ago over the vast distances of the Silk Road. Why are they there? Because of the desire of many people of that era to build a new nation here in Japan. Those aspirations and that history are what are sleeping quietly within the Shosoin, and it is we who are living today who hold the key to opening this treasure house.

The featured program at the festival we are calling “NARAtive” (Nara + narrative) invites the young directors who won the previous year’s Grand Prix to shoot a film on location in Nara. This year we will present a film by the Korean director Jang Keon-jae set in the village of Shinohara, said to be the place where fireworks originated.

We would like to use the new culture of film as the hook to connect the wonderful culture fostered in Nara with the world, opening and sharing this legacy that has been preserved for more than a thousand years. And that’s the spirit with which we are preparing daily for the upcoming festival. 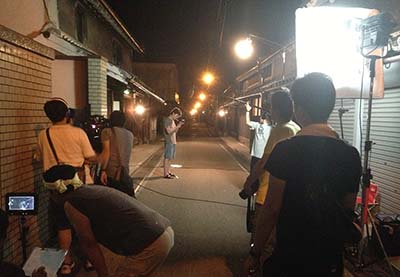 The shooting of NARAtive 2014 took place in Nara with many local volunteers.
©NARAtive 2014

Nara as the Terminus of Asia

Matsuoka: Busy as you are with this, you are still managing to win lots of awards for your films!

Kawase: In 2009 I was the first woman and the first Asian to be awarded the Carosse d’Or at the Cannes Film Festival. That was actually the first time I became conscious of myself as an Asian. From the European perspective, Japanese, Koreans, and Chinese are all Asians.

Matsuoka: The word “Asia” has its origins in oikos, the root of words like “ecology” and “economy.” From the West, Asia was viewed as a barbaric but vital presence. Normally difficult or inconvenient things are buried or repressed, but when there is a paradigm shift, they always come to light. The Three Wise Men who appear at the birth of Christ are a good example. What did the Nara-period Japanese think about that Asia? We contemporary Japanese would do well to study that forgotten image of Asia as seen from Nara—what we might call “Narasia.”

Kawase: At our film festival we would also like to share the Asian system of values with the world. A world of diversity rather than of a binary yes/no would be a richer and more peaceful place.

People who live in Nara say there’s nothing special here, but the sunset over Mount Nijo really is the best in the world, you know (laughs). And it’s the places that seem nothing special, which are frequently the ones that people from other countries find most fascinating.

Films are more than what appears on the screen. They have a power to capture various aspects of the human heart and mind that cannot be seen. In my future work I want to present people who possess a unique culture, who live with their feet firmly on the ground. And at the same time I would like to be able to pass on to a new generation what I have received as a member of Japanese society and culture. 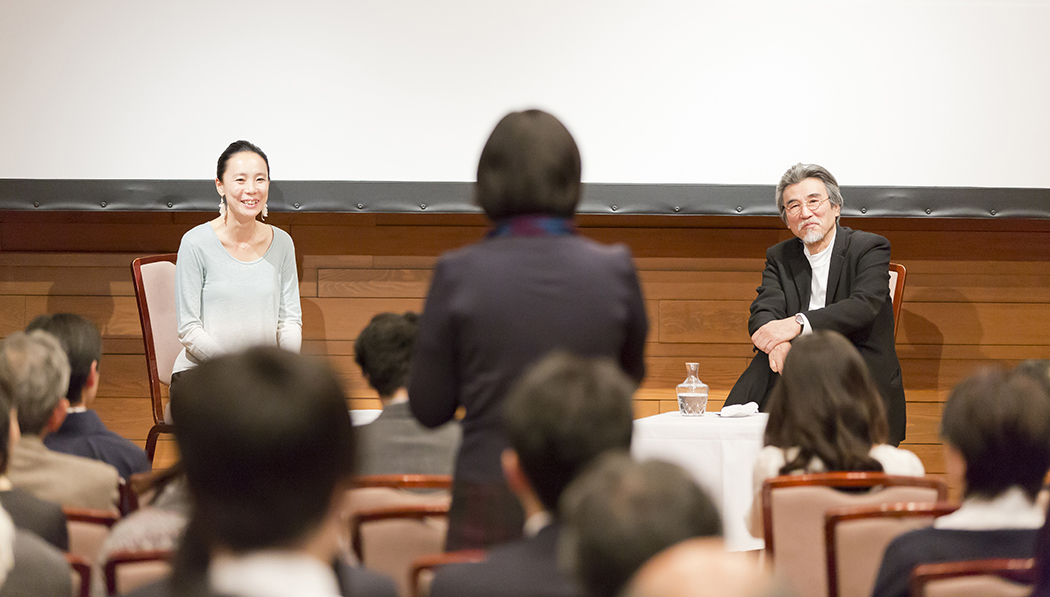