In 1997, Okada Toshiki unveiled a new drama troupe—chelfitsch—in Yokohama. In the years since, chelfitsch has continued to generate hype with its use of “super-real” contemporary Japanese, distinctive interpretations of gestures and movement, and injections of novel, paradigm-shifting elements into the existing stage community. We sat down with Okada to learn more about his position on the front lines of present-day theater, his ever-progressive takes on drama, and his reception at home and abroad. 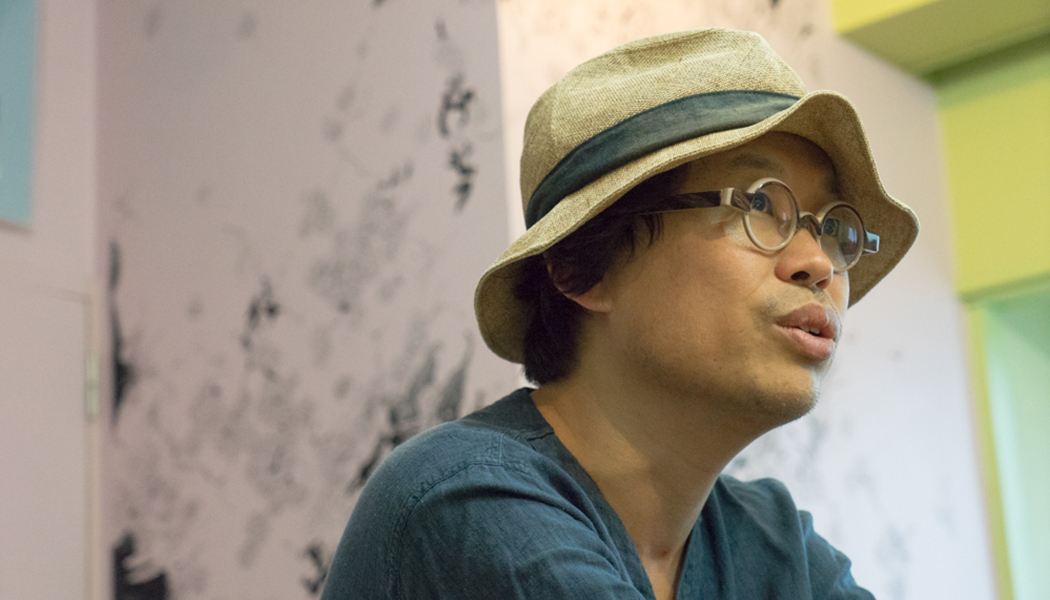 Okada Toshiki Playwright
Born in Yokohama in 1973 and now a resident of Kumamoto, Okada Toshiki is a playwright, a novelist, and the director of the chelfitsch drama company. Okada’s works have garnered numerous awards, with his Five Days in March (2005) taking home the 49th Kishida Prize for Drama and his debut novel, Watashitachi ni yurusareta tokubetsu na jikan no owari [The end of the special time we were allowed] (2007, Shinchosha Publishing), winning the 2008 Oe Kenzaburo Prize. This year, Okada began working on a three-season repertory program at Münchner Kammerspiele, with the first production just completed in June.

In the larger context of modern Japanese theater, Okada’s plays occupy a captivating evolutionary position: they go beyond the fringe boom of the 1980s, a time when theatrical productions burst with speed and dynamics, and extend past the “quiet theater” of the 1990s, when Hirata Oriza and others foregrounded natural onstage dialogue and movement. Actors in Okada’s productions sound like teenagers having mundane, everyday conversations, but they accompany their lines with serpentine, wobbling, herky-jerky movements. That brand of intentional discord, an incongruity of the verbal and nonverbal, is how Okada converts ordinary, “natural” gestures into “supernatural” terms through exaggeration and hyperbole—and how he is sparking new trends in modern theater.

Okada’s Five Days in March won the 2005 Kishida Prize for Drama, the “Akutagawa Prize” of the theater world and a virtually surefire springboard to success for up-and-coming playwrights. The work made its international debut at the 2007 Kunsten Festival des Arts in Brussels—a premier showcase of contemporary performing arts known for its trail-brazing lineup—and later went on to enthrall audiences in France, the United Kingdom, other European countries, and even the Middle East, North America, and Asia. Okada was also recently commissioned to direct his works in a three-season repertory program at the Münchner Kammerspiele, a leading German public theater. The first production in the repertory program, Hot Pepper, Air Conditioner, and the Farewell Speech, debuted with a cast of Münchner Kammerspiele-affiliated actors at the end of June to favorable reviews. 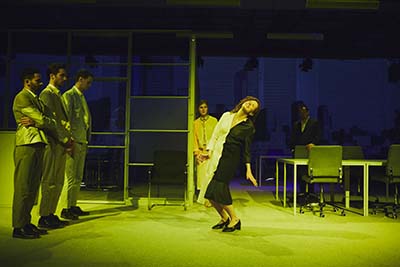 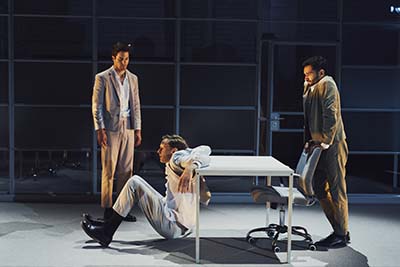 How did Munich audiences react?

The reaction was pretty good, I think. Munich is an affluent city, so it seems to have a fairly conservative vibe. I got the feeling that, for most people, our production—with people contorting their bodies while they deliver lines—was like nothing they’d ever seen before. To me, it seemed like they enjoyed it.

I’d done lots of shows with chelfitsch in Germany, but the performances had always featured Japanese actors speaking Japanese. The latest show in Munich, though, used local actors speaking in German—something I’d never done before. Having a public theater choose to do a repertory production of something I’d written was a big step in my career, too.

How did you find working in Germany?

There wasn’t anything particularly hard about dealing with German people or other foreign performers. Since I try to fill my works with a disconnect between actors’ movements and spoken words, I needed to figure out how to communicate that idea to the actors and get them to understand it. That was new for me. I’m sure that the actors have been through a lot of great training because they encountered a new idea, got a conceptual grasp of the basic approach in their heads, and then rehearsed things over and over, making adjustments along the way, until their bodies learned to do it on a purely sensory level. They wowed me.

What did you take away from your experiences in Germany?

Matthias Lilienthal, the new artistic director at Münchner Kammerspiele and the one who invited me to produce my plays there, is trying to break down traditional German theater with an onslaught of internationality and build a more forward-looking community. Bringing foreign directors in for repertory programs is a great way to add new flavors to the mix and push the theater world in new directions. That’s one thing I sensed in Germany.

My first production in Germany was at the Hebbel Am Ufer, better known as HAU, theater in Berlin, where Lilienthal was serving as the artistic director and asked me to do a performance. Ever since that first experience, I really get the impression that the audience members connect with my works on a purely experiential level; they concentrate on what the performance means to them, at that time and place, instead of giving it the passive, superficial treatment of just watching something from Japan. That’s why it’s so gratifying to present works to people like the Berlin audiences, who were obviously very literate in theater and willing to engage with the work itself—not just see it as a novel gateway to another place. Being able to present those observers with your own works is a tremendously rewarding experience.

You spent time in China, South Korea, and Thailand last year as a Cultural Envoy. The play that you created during your stay in South Korea, God Bless Baseball, uses the beloved “national sport” of baseball to frame the relationships between Japan, South Korea, and the United States.

God Bless Baseball was a collaborative effort between Japanese and South Korean artists and my first opportunity to work with actors who didn’t speak Japanese. By positioning Japan and South Korea as a single unit rather than two distinct countries, I ended up with a work that lacked some of the cynical elements of my past output [editor’s note: Okada’s works are often praised for having a cynical, humorous bite]—but that was actually a good thing, I think. I’m Japanese, so I can bring a cynical perspective into the picture when I’m depicting Japanese society. I can take a specific stance on the country when I’m focusing on the place where I was born, in other words. When it comes to talking about both Japan and South Korea in the same piece, however, I can’t take that viewpoint so easily—I just don’t know enough about South Korea. 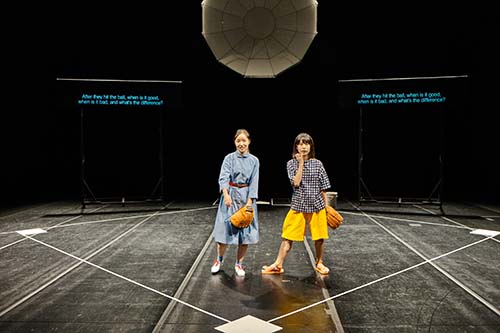 God Bless Baseball explored the relatively straightforward motif of the relationships between Japan, South Korea, and the United States, but the simplicity of the setup was actually what made the play a channel for so many different reactions: while audiences in Tokyo and Gwangju might have seen it as overly direct and obvious, quite a few people in the American audiences perceived the work as a highly abstract form of artistic expression open to any number of different interpretations. There are so many variables that shape the ways people connect with the expressive arts: from the city and the country where you’re staging the production to the format of the presentation, the theater, the audience, and the timing of the performance.

How does collaborating with people from different cultures and communities affect your own creative output?

Ten years ago, before I ever had the chance to do a performance overseas, I essentially couldn’t do my kind of work with anyone besides Japanese people. I didn’t even think about working with other types of people. I was a little close-minded, in a sense. My plays were in Japanese, and I knew how important the connection between words and movements was to my style—so I just assumed that you’d have to understand Japanese to enjoy the work. The scope of the content never went beyond the borders of Japan, so I didn’t see any point in taking it abroad.

But I was wrong. The spoken word is just one of the many elements that go into theater, so I don’t really care if the translation process ends up taking unique Japanese phrases out of the script. The text isn’t the only source of information that an audience can draw from a performance. As for the movements, there were movements that foreign audiences found particularly amusing; the things I’d thought were “domestic” often had global or universal reach. I’d probably still be convinced of my old assumptions if I hadn’t explored the international scene. I started out with a kind of defensive mentality, content to keep looking inward, but my outlook has gradually expanded over the last decade or so. 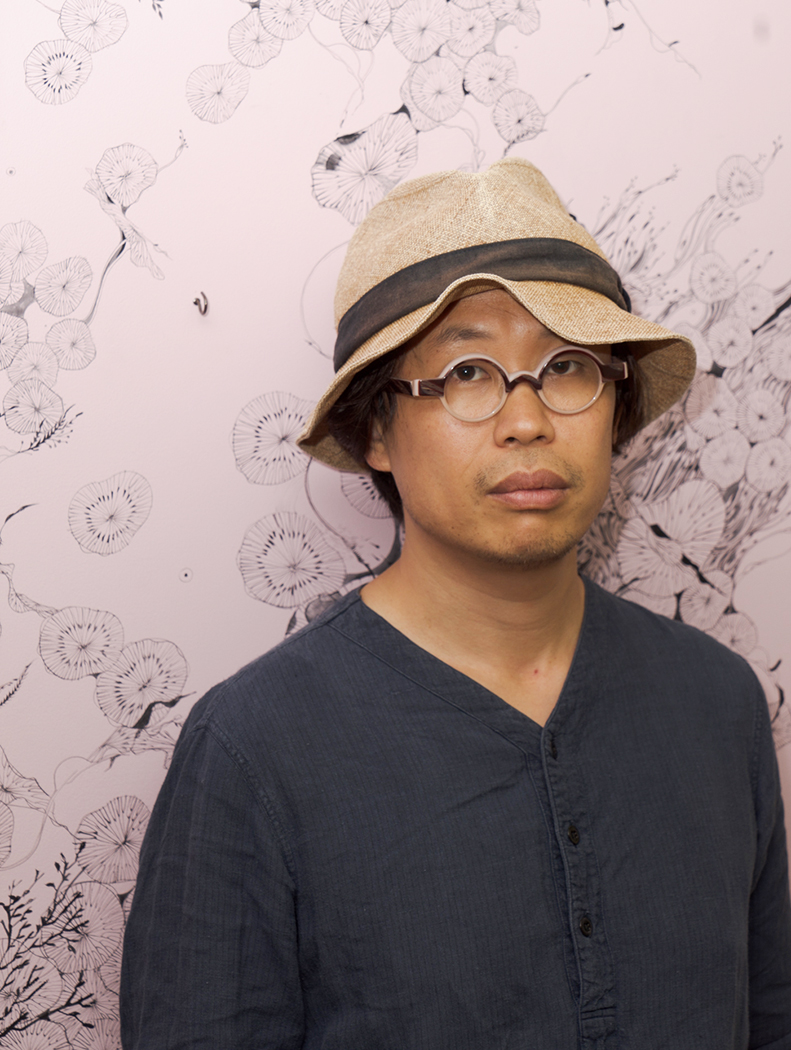 What do you seek to convey through your plays?

I always write specific stories in specific formats around specific issues, but the thing I look forward to most is seeing how putting each isolated individual narrative in a given context brings “something,” that je ne sais quoi, out of the audience and causes something to happen. I’ve experienced that something as a spectator; I know it happens. And that singular phenomenon is probably what keeps me going in theater, I suppose. For me, it all comes down to appealing to the imagination.

Without the power of imagination, theater wouldn’t exist. If you look at it that way, there’s a common bond between theater and terrorism. Terrorists play on people’s fears and manipulate people’s imaginations. So what does it mean to refuse to give in to terrorism, then? I think it means holding firm to the possibility that fear and panic won’t be able to control your imagination, that your capacity for independent thought can resist that pull and find other outlets. That’s why people need to keep training their imagination—and the theater can provide an environment for honing those skills. Ultimately, my goal is to keep creating works that contribute to that effort.