Interview: In Conversation with Kuniya Hiroko “How the World Looks from the News Floor

With the world growing increasingly diverse and complex, it’s getting harder to report information in a fair, balanced way. Kuniya Hiroko, a newscaster who has cemented her position as one of Japan’s leading newspeople with an incisive, discerning eye on current events, is no stranger to the challenges of impartial coverage. We recently had an opportunity to get some valuable insight from Kuniya, who completed a 23-year run as the anchorwoman for NHK General TV’s Close-up Gendai this March. 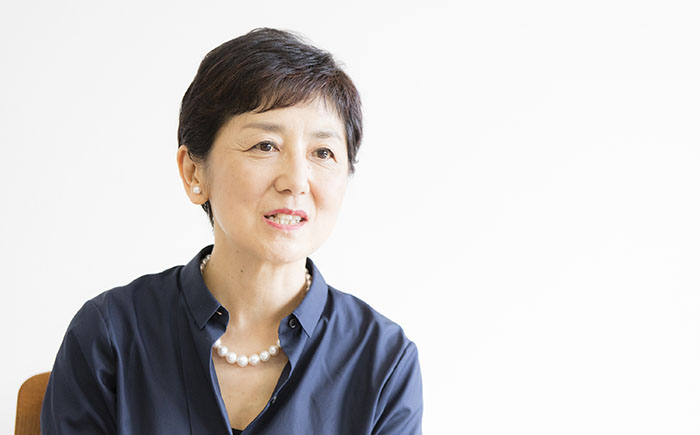 Kuniya Hiroko Newscaster
Born in Osaka Prefecture, Kuniya spent her childhood in the United States, Hong Kong, and Japan as her father’s job took the family from place to place. After graduating from Brown University (US) in 1979, Kuniya became the announcer and writer for English-language broadcasts of the NHK news in 1981. She later returned to Japan in 1988, working on NHK’s evening News Today broadcasts, World News, a program on satellite TV, and other projects before becoming the newscaster for NHK General TV’s Close-up Gendai. Kuniya has won numerous awards for her work, including the Kikuchi Kan Prize (2002), Japan National Press Club Award (2011), Galaxy Special Award (2016), and Broadcasting Creators’ Association Grand Prix (2016).

You’ve been in the news world for almost 30 years. How do you look back on your career?

I only started as a newscaster when I was in my early 30s, later than most. In hindsight, I couldn’t have gotten into the industry at a better time: I got to cover some of the world’s transformative moments —the 1989 Tiananmen Square protests, the Persian Gulf War, the fall of the Soviet Union. I had to hit the ground running, basically, which gave me really valuable experience right off the bat. From one day to the next, there was no knowing what might happen. Then along came satellite broadcasting, which enabled live video feeds from virtually anywhere in the world and opened up information globalization.

Close-up Gendai debuted in 1993—another interesting year, especially in terms of the world’s impact on Japan. Peacekeeping operations in Cambodia and other efforts pushed the country’s changing international role into the spotlight, while the Japanese economy experienced its first consecutive years of falling land values since the collapse of the “bubble” economy. In the years that followed, the swirling vortex of changes on the international scene proceeded to hit Japan—both economically and socially—one after the other.

As a newscaster, the event that made the biggest impact on me was 9.11. Close-up Gendai was set to go on the air two days after the attacks; the whole production team had to try to figure out what to report without verifiable facts to work from. After I saw President Bush make his “We are at war” speech, I floated the idea of shaping our lead segment around “the invisible enemy”—and that, in the end, is what the team decided to go with for the title. I think I’ll always remember that experience.

In the post-9.11 environment, the United States has been taking a noticeably unilateralistic approach to world affairs. The country’s image as a world leader, however, has taken on murkier and murkier tones. The instability of America’s hold on the global structure has left the world order increasingly volatile: Afghanistan, Islamic extremists, the Arab Spring, the rise of Chinese power, and the issue of North Korea are several examples of that. In that sense, having to tackle a flood of important questions and lead the way in reporting the news from a far-reaching perspective—looking at what’s happening, what made it happen, why Japan needs to know about it and how it might impact the country—have meant a lot to me.

The globalization of information is drawing attention to new themes, giving voices to a broader range of people. How do you go about reflecting more diverse input in your news coverage?

People obviously have different perspectives and value systems that inform their views on the world. Information globalization adds even more variability: you have to work even harder to recognize the many divergent values surrounding a given issue, report on those viewpoints, and foster mutual understanding among the different sides. TV has had a big hand in furthering that effort, but the nature of the medium can cut both ways. Visual images with an overpowering, visceral pull can rob viewers of their imaginations, which can precipitate feelings of fear or animosity instead of providing an informative overview. A clip of video footage is just a snapshot of a larger whole, but viewers can only see what they see. Broadcasters need to understand that reality and recognize the influence that information can wield.

Take what happened during the Iraq War. America’s first target was the broadcasting network in Baghdad. Why? Because the United States knew that would eliminate any live, on-location reporting and essentially halt the flow of information from the Iraqi side. The only images people had access to, then, were of American tanks rolling bravely into combat—or, to all the people watching the news, good taking on evil. The Iraqi civilians experiencing the bombings and raids, on the other hand, were faceless and voiceless.

We’d always make sure to start the opening segment of a Close-up Gendai broadcast with a kind of reminder that what they’d be seeing was just a certain portion of the larger issue at hand. When our video footage couldn’t tell the whole story, we’d talk about the pertinent points with guest commentators or have people from different sides debate things on air. We did whatever we could to build the show around a multidimensional, diverse perspective. I think it’s a crucial thing for broadcasters—after all, the way you see things depends on where you stand.

Does that diversity resonate with viewers?

It’s certainly harder to connect with viewers now that society is branching into more complex configurations and people are growing less tolerant of each other. As the issues get increasingly complicated, you run a higher risk of misinforming audiences or creating conflict unless you give the floor to a broad base of opinions. The medium of television has its own set of complications, too: you’ll get a request not to shoot certain things—even though they might be the most important thing to show viewers. With those kinds of constraints defining what the show could cover, it was my job to figure out how I could inject my own brand of energy into each segment and get our viewers to see the core components of the issue as quickly as we could. Still, you get a lot of feedback from all across the spectrum. If a broadcast I’m working on got favorable reviews from half of the audience and unfavorable reviews from the other half, I took it as a success.

That’s probably because, for me, showing people how deep and complicated the issues are has always been more important than just making the news easy to understand. After pretty much every broadcast, I went home feeling like I could’ve pushed deeper into the content. There was always something new to discover—guests would bring up fresh points as the discussion rolled on, which took things down a completely unexpected track. If the audience could also discover those new kinds of viewpoints, that would be one of the most gratifying parts of the job.

On the Press Freedom Index, Japan has dropped from 11th place in 2010 to 72nd place in 2016. Can you feel that change happening?

I can’t really point to many times when I felt explicit pressure on the job, but I can definitely remember plenty of cases where I sensed a kind of weight influencing how things went. If the public seems to be moving toward a consensus on a given issue, you face some heavy criticism if you ever try to ask tough questions that go against the prevailing mood. That might be a unique Japanese cultural norm, but it’s one thing I noticed a lot of.

Take the time I interviewed Alberto Fujimori, the then President of Peru, when he visited Japan. Back then, people in Japan loved him—after all, he’d played a role in deescalating the Japanese embassy hostage crisis and saving dozens of Japanese lives. I was aware of that, naturally, but I figured that I had to ask him about his controversial reputation in Peru to really bring his character into sharper focus. When I pressed him on his attempts to bolster his presidential powers through constitutional revision, citing the fact that some Peruvians were calling his methods dictatorial, the public response was alarming: floods of criticism started pouring in from viewers and tabloids alike. The reaction blindsided me, honestly.

The thing is, the questions make the interview. You hardly ever get any particularly newsworthy answers, anyway, so posing a variety of questions is actually a vital way of sharing information on problems from wide-ranging standpoints. When I interview someone, I just keep probing to let different voices have their say.

One of the fundamental roles of the media is to provide society with a checking mechanism. The problem is that, right now, the government—the side that’s supposed to be operating under the checks of the press—has the legal authority to order a suspension of broadcasts. The “checked” is doing the “checking,” basically; the whole structure contradicts itself.

How are audiences changing?

A professor at the University of Southern California has shown that Americans have gone from reading the newspaper an average of 40 minutes per day in 1978 to just 14 minutes a day in 2015—and the numbers of newspaper subscribers are dropping across the demographic spectrum. You can see the same trends happening in Japan, too, as people turn from print media toward their favorite blogs and websites in search of articles that match their individual interests. Social media is propelling that shift, and American society is getting increasingly segmented.

Experts have also found that 68% of all Americans read online news—and most of them only look at the headlines. Nightly news broadcasts on the three major US networks are also drawing dwindling audiences, which have shrunk by as much as 50% over the last decade. The declining interest in the news has put commercial journalism on the ropes. There are some promising signs, of course: Charles Lewis’s International Consortium of Investigative Journalists and other forms of nonprofit journalism are carving out a sizable foothold in the US press world. In Japan, though, there simply aren’t many organizations willing to fund that type of journalism. It’s a concerning reality, especially when you think about where the conditions are pointing. The average Japanese university student reads less than a book a month, for example. The process of fostering high-quality journalism depends on critical readers and viewers, which Japan might not have many of a few years down the road.

What’s next in store for you?

I’m not exactly sure yet, but I want to tackle topics that mean something to me personally. One area I’ve been focusing on is the UN’s Sustainable Development Goals, a set of 17 global goals and 169 specific targets on themes ranging from poverty and the environment to natural resources and gender. By working on a series of interrelated issues, the UN hopes, the global community will make progress on solving multiple problems to create a sustainable world. In today’s world, more than ever before, people have to bring a global consciousness into what they do on a local level. I want the SDGs to help the leaders of tomorrow start recognizing global issues now, think about what they can do to contribute to solutions, get an idea of how their actions today might impact conditions into the future, and develop the mentality to imagine real change. 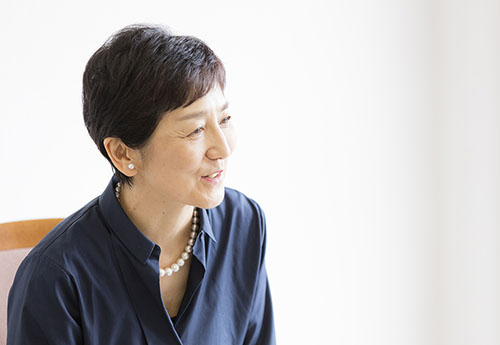