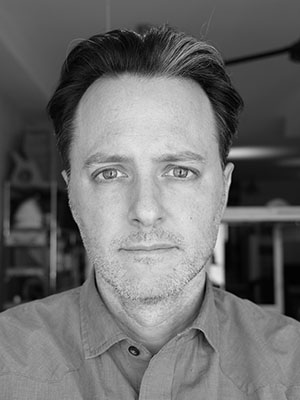 Brian Anderson leads STUDIOBA, a Chicago-based design practice that examines the craft of design, combining traditional and advanced fabrication techniques to examine material-based meaning in designed objects. Informed by the chemical science, craft traditions, and technical possibilities of material inquiry, his practice explores the labor and aesthetics of creative production. Developed as innovative forms, novel methods, and hybrid materials that demonstrate new ways of knowing, his work is as insistent in its reverence for what has come before as it is on imagining new possibilities.

In Japan, Anderson aims to investigate how new developments in and attitudes about making have shifted the roles of materials, labor, and craft in designed objects. His working approach is driven by a diverse background which includes degrees in chemistry, creative writing, and education, infusing his projects with a narrative depth that transcends formalism. Anderson will begin his research at the Kyoto Institute of Technology’s KYOTO Design Lab. In Kyoto he will also work with a consortium of local artisans who have banded together with the goal of internationalizing their artisanal approaches and outcomes, with whom he will engage in collaborative consideration of the essence of Japanese kogei and mingei craftsmanship within broader contexts of making, including that of CAD/CAM technology.

Anderson will also engage in fieldwork concerning the documentation of local crafts and endangered skills. In addition to obtaining audio and video material, he also plans to implement on-the-go 3D-scanning technology, with which he will gather information for constructing a catalog of reproducible tactile experiences.
http://www.studioba.org/ 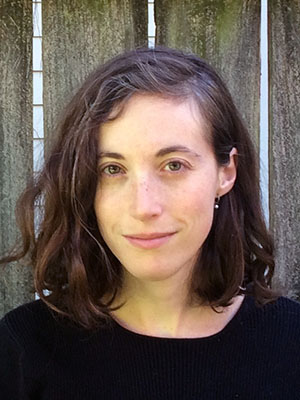 Tennessean author Lee Conell deals deeply in the nature of hauntings and their many guises across cultural frames and individual mindsets. Many of her award-winning short stories are collected in her debut book: Subcortical. Conell’s prose is profoundly personal and humorous, conjuring quotidian vignettes that are immediately relatable, but are quickly launched by her gaze into vivid flights of imagination.

In preparation for her upcoming novel The Study of Hidden Animals, which uses Tokyo and Kobe as two of its main settings, Conell will be spending her time in Japan getting closer to the fascinating world of yokai and other monstrous portrayals from Japanese popular culture, both current and ancient, which she sees as arising from common anxieties and transcultural traumas shared by humankind.

Conell will also explore the way World War II is fictionalized in local memorials and Japanese history. In particular, she will visit the Chiune Sugihara Memorial Hall and its surroundings, which is directly connected to her ongoing exploration of Jewish culture and communities across countries, an important part of the writer’s ancestry that often informs her work.
leeconell.com Born and raised in New York, Robert Millis’ artistic work across media could be rightfully said to be trans-disciplinarian, but is also solidly rooted in his deep relationship with music, which he approaches from both within and without. There is a mutual complementation among his output as a singer-songwriter and composer, his work with the Sublime Frequencies label, and the passion of his adventurous musical ethnography, finding and presenting early recorded sounds across cultures.

His in-depth, informed approach fuels his documentary films and works like his book Indian Talking Machine, where Millis explores Indian music using one of his favorite cultural artifacts as a springboard: the 78 rpm record. Early examples of sound recordings and the devices used to reproduce them have fascinated Millis for many years, leading to many works, including his popular book Victrola Favorites.

In Japan, the artist wishes to deepen his research in what are the first commercial recordings made in East Asia (1902-03). He plans to organize and present his encounter with these Japanese sources into an artist’s book including CD and vinyl recordings, to present a combination of imagery, writing, and sounds. The work will not only aim at exposing new ears to old sounds, but will also introduce its readers to the inspiring stories and paraphernalia surrounding the records as objects, as well as the ritual of listening to them in itself.
robertmillis.net With New York as her base, Aya Rodriguez-Izumi channels her eclectic Cu-ban/Puerto Rican and Okinawan heritage in projects that often occupy unconventional spaces and combine a wide range of media to transform them into stages that facilitate encounters.

In her pluralistic practice, which highlights the ritual dimension of everyday activities and the objects that propel them, the artist invites viewers to take the lead in performative inter-actions, the outcome of which shapes her artwork into its final, complete form.

During her fellowship, Rodriguez-Izumi will revisit her native Okinawa in order to investigate local rituals and collect material for her upcoming work Project: Iceberg, a piece in which the artist bridges Okinawa (the site of her birth) and East Harlem (her home in the U.S.). The project’s title comes from the code name assigned to the battle of Okinawa, and the artist was inspired to begin it by William T. Randall’s Okinawa’s Tragedy: Sketches From the Last Battle of WWII, a book that compiles Okinawan first-hand accounts surrounding the battle of Okinawa and its aftermath, and was illustrated by the artist’s father, Jose Rodriguez.

In Okinawa, Rodriguez-Izumi will respectfully visit ancient Ryukyuan sites as well as the Gama cave system, a crucial war site in which many local victims of the battle of Okinawa sought refuge and perished, decimated by the joint violence of both countries’ armies in their clash.
iamaya.com Born in Illinois to immigrant parents from Taiwan and East Timor, Jen Shyu currently lives and works in New York City. Her eclectic musical and performance practice is deeply informed by her ancestral roots, vigorous research traditional music and dance around the world, as well as her solid Western classical training. Shyu began violin, piano and ballet training from an early age, later studying opera and obtaining a music degree from Stanford University, and undertaking her own form of ethnographic research of music, dance, and ritual in Cuba, Taiwan, Brazil, China, South Korea, East Timor, Indonesia, and Japan. Besides releasing seven albums leading her band Jade Tongue, Jen Shyu is known for her collaborations with many important musical figures like Steve Coleman, Anthony Braxton, Wadada Leo Smith, and Vijay Iyer. Both as a bandleader and as a collaborator, her bold, unique style has been widely celebrated by peers, critics and the musical press, becoming a Doris Duke Artist in 2016.

During her time in Japan, Shyu plans to deepen her study of the Satsuma biwa and noh theater as well as continue an ongoing conversation with Sasaki Itaru concerning his Kaze no Denwa (Phone of the Wind) memorial, which gives one of the communities affected by the 2011 Tohoku earthquake and tsunami (Otsuchi, Iwate) a way to channel their feelings towards the departed. Having previously composed a song about it in her work Nine Doors, she is now developing ZERO BLOSSOMS, ZERO GRASSES (working title), a ritual music drama inspired in part by the memorial.