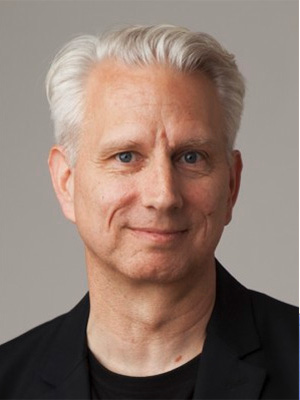 Robert Hutchison is a practitioner, researcher, and educator whose practice overlaps the fields of architecture and installation. Hutchison received a MArch degree from the University of Washington in 1996, and BS degrees in Engineering from Drexel University in 1990. Hutchison is principal of Seattle-based Robert Hutchison Architecture, and an Affiliate Associate Professor in the Department of Architecture at the University of Washington. Honors include the 2016 - 2017 Rome Prize in Architecture awarded by the American Academy in Rome, the 2010 Creative Artists Fellowship awarded by the Japan-US Friendship Commission, and a 2009 Emerging Voices award from the Architectural League of NY.

For his JUSFC Fellowship, in Fall 2021 Robert will visit the towns and villages along the coastal areas of the Tohoku and Kanto regions that were devastated by the 2011 Great East Japan earthquake and tsunami, where he will document the relationship between newly rebuilt communities and recent tsunami infrastructure. This research, which will include documentation using photography, drawing, and interviews with residents, will support his conceptual project 'Dynamic Landscapes', a series of architectural narratives and corresponding para-fictional proposals that investigate the relationship of infrastructure to coastal communities at risk to tsunamis and sea level rise. 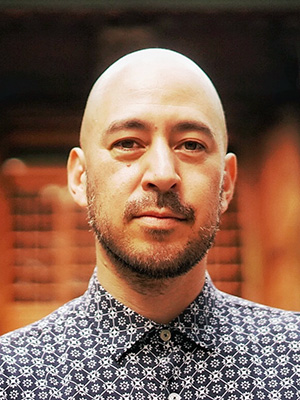 Composer, jazz musician, found-sound remixer and club music producer, Mark de Clive-Lowe is an internationally established musician with over 20 years of experience spanning multiple genres and continents. Half Japanese-half New Zealander and LA based since 2008, de Clive-Lowe has released over a dozen solo albums and hundreds of collaborations and remixes with musicians, DJs and artists around the world. De Clive-Lowe's 2019 double album HERITAGE sees him doing a deep-dive into his Japanese roots, interpreting it through the lens of jazz and electronica. He is the Founding Artist in Residence for La Ceiba Festival, and an active curator, educator and speaker.

(the) avant-garde soulful Pianist/DJ/Producer delivers his lifetime of journeys to different musical ports in a concise package, seamlessly… transporting not just in genre but in emotion and spirit. – Huffington Post

De Clive-Lowe’s late father spent 20 years in Japan from 1953 to 1973, primarily in Hiroshima, Kyoto, and living in Kamakura while working in Tokyo. Before he passed away in 2011, he wrote his memoirs, writing in detail about his years in Japan. De Clive-Lowe will be using his father’s memoirs as his guide, visiting the places where he lived and experienced postwar Japan, reflecting on his father’s experiences, and integrating his own experiences in those places and how he relates as a son and being half-Japanese. From this immersion, he will compose a new body of work “In My Father’s Footsteps,” also collaborating with traditional Japanese musicians. 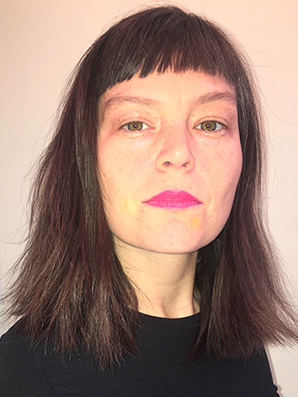 Dakota Gearhart is an installation artist who combines meticulously edited video works with large-scale sculptural elements. Her practice as a whole concerns itself with the radical deconstruction of contemporary power structures according to a queer, ecofeminist worldview. Recent works have explored such topics as the commercial flower trade, gender bias in big tech, and coral reef tourism in her home state of Florida. She has exhibited widely in galleries and museums across the U.S. She is based in New York City.

In Japan, Dakota will expand on her animated video series Life Touching Life by researching and creating new episodes on intersections of Japanese culture and ecology. Particular subjects include the solitary lifestyle of the Goblin shark, the hotly debated sexual orientation of Macaques, salon techniques that offer organic snail facials, and more. She will be screening and presenting her work at multiple venues throughout Japan, including I-House. 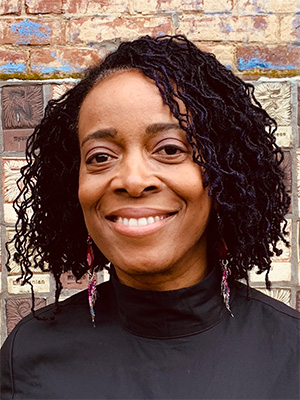 Yona Harvey is a writer and author of the poetry collections You Don’t Have To Go To Mars for Love (Four Way Books) and Hemming the Water (Four Way Books), winner of the Kate Tufts Discovery Award from Claremont Graduate University. She contributed to Marvel’s World of Wakanda and co-authored with Ta-Nehisi Coates Black Panther and the Crew. She has also worked with teenagers writing about mental health issues in collaboration with Creative Nonfiction magazine. She lives in Pittsburgh, Pennsylvania where she is an associate professor in the University of Pittsburgh Writing Program.

In Japan Harvey will study maps and create concrete and visual poems influenced by the “landscape poems” of poet, performer and Pittsburgh native Joel Dias-Porter. Writing comics has given Harvey more visual design insights as she explores this kind of poetry. Her poems also have an eye on the Pittsburgh Northside neighborhood where she lives. Some poems are like reportages or transcriptions, employing the looseness of notetaking or contour drawing. She is interested in the ways that women mark the landscape with their lineages, shaping the communities of the world, and in pushing the limits of how a poem might appear. 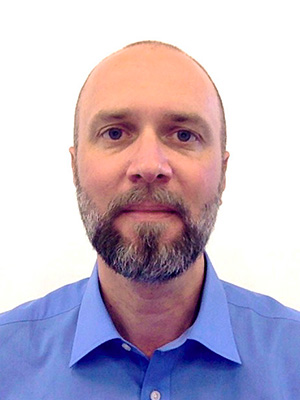 Lee Somers (born 1977, USA) studied art at the Alfred University School of Art and Design (BFA 1999, MFA 2006). Somers spent several years assisting artist Wayne Higby in the studio and developing cultural exchange programs in China. Currently, Lee teaches art at the University of Montevallo in the state of Alabama, USA. His ceramic art contemplates the landscape as a coupling of natural and cultural forces. Collage is a key strategy to his work, layering disparate materials and references in compositions reflecting the experience of time and place. Somers exhibits his work nationally and internationally.

With Echizen as a base, Lee will tour all of the Japan Heritage: Six Ancient Kilns sites, and other ceramic handcraft and industry sites. He will gather materials, techniques and concepts during these site visits, broadening options for creative work while gaining deeper understanding of the local heritage, history and culture associated with the kilns. The end-goal of the residency is to produce a body of work reflective of the experience, synthesizing traditions with contemporary interpretations. He will also produce a monograph documenting the work and its influences, to be published within one year of the residency. 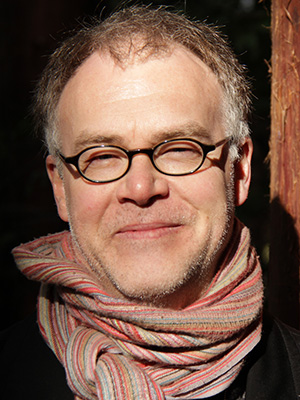 Gene Coleman is a composer, musician, and director. A 2014 Guggenheim Fellow and the winner of the 2013 Berlin Prize for Music, he has created more than 70 works for various instrumentation and media. The innovative use of sound, image, space, and time allows Coleman to create work that expands our understanding of the world. Since 2001 his work has focused on the global transformation of culture and music's relationship with science, architecture, video, and dance. He studied painting, music, and new media at the School of the Art Institute of Chicago. (Website)

Coleman collaborated with Adam Vidiksis, a composer/technologist; Akikazu Nakamura, a shakuhachi player; and Sansuzu Tsuruzawa, a Gidayu-style shamisen performer. Their project KATA combines Japanese martial arts with music, video, brain scanner technologies, and other digital media. Martial arts was one of the earliest cultural elements that migrated from Japan to the United States and came to influence American culture post-World War II. A key element of that influence was the value of using martial arts to build character and to understand the responsibilities we have towards other people in society to create a just and peaceful world. Digital technologies were used to translate martial arts movements into sounds, which formed a landscape over which musicians played. 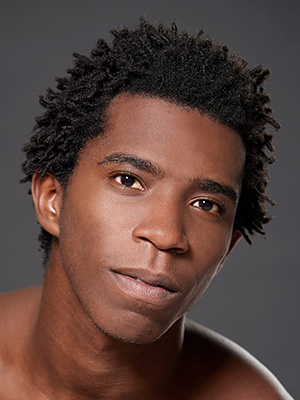 A New York City-based choreographer, dancer, educator, and author. He founded Kizuna Dance in 2014 with the mission of creating works that celebrate the Japanese language and culture. He recently received a three-month individual fellowship from the Asian Cultural Council to travel to Japan and continue his studies on the intersections of street dance and butoh. He has presented choreographic work nationally and internationally, as well as leading workshops, master classes, and residencies. He is currently on the faculty at the Gibney Dance Center. (Website)

McKinney will collaborate with Toru Shimazaki, a choreographer based in Kobe, Japan. They will produce a 30-minute contemporary dance work for a five-person ensemble. The work will be rooted in an embodiment of the personal histories of dancers both in the United States and Japan and is meant to resonate on a deeper level with the dancers of both casts. By specifically focusing on the connection between United States-based artists and Japanese artists, the work will portray the bond of friendship that has developed between the two nations over the last several decades by accenting the similarities between the two seemingly disparate cultures. *This project is currently suspended due to travel restrictions caused by the pandemic. 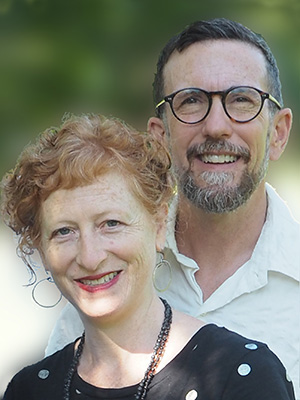 Marksearch collaborated with another artist duo, Natsuka Endo and Hiroyuki Abe. These two wife-husband artistic teams worked on The Journey Itself Home, a project of poetic exploration to recognize and honor survivors of the 2011 Fukushima disaster. During the pandemic, The team developed a virtual process to engage with young adults in the Tohoku region when it was not safe to travel. Using a trusted relational network, they recorded stories about safety, strength, and hopes for the future. From these recorded voices, the artists have created sonic haiku that is amplified through a trio of interactive, mobile sound monuments in the shape of tsunami stones. 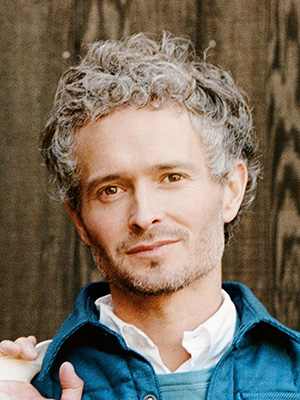 A multidisciplinary visual artist working in sculpture, site-specific installation, drawing, and photography. His work is fundamentally concerned with place: how the natural environment, architectural context and engagement, and historical precedent contribute to experience and understanding. His upbringing as a second-generation carpenter (with a focus on traditional craftsmanship) and involvement with a small farm have jointly influenced the philosophy of his work. He has exhibited in galleries and museums in the U.S. and Japan. (Website)

Schlesinger collaborated with Masayo Funakoshi, a chef based in Kyoto, Japan. They planned to create an installation and performance-based work engaging food, architecture, agriculture, and craft through a temporary, experimental, and functional restaurant. However, the ongoing pandemic forced the artists to make significant changes to their project, which eventually led them to re-examine the essence of the artistic experience they create while serving dishes. The short documentary A Sense of Place explores sustainability through the lens of food and agriculture. 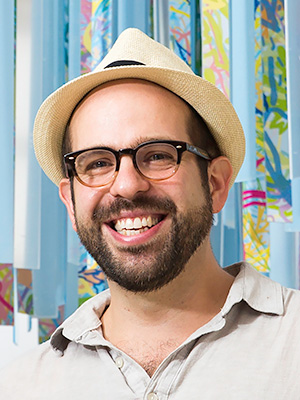 Ben Volta creates intricate public murals and sculptures, working within the fields of education, restorative justice, and urban planning. His practice stands on the belief that art can be a catalyst for change. As a young artist, Volta was a member of the groundbreaking art collective Tim Rollins and K.O.S. and was awarded a Pew Fellowship in 2015. For almost two decades, Volta has been developing a collaborative process with Philadelphia public schools to create participatory art rooted in an exploratory and educational process. (Website)

Volta collaborated with Cho Kuwakado, an educator, and Yasuyuki Sakura, an artist/muralist. Through engagement with youth in the U.S. and Japan, Volta, Kuwakado, and Sakura created collaborative public artworks. The project draws inspiration from the works of great innovators and educators, such as Benjamin Franklin and Fukuzawa Yukichi. The research focused on the accomplishments of distinguished Japanese and American individuals in the sport, science, and education. These accomplishments were introduced to youth in the United States and Japan during workshops, which inspired them to create individual artwork that will come to make up the collaborative piece. The project United By Emotions expressed how art, innovation, and sport have the power to change the world and our future.